Analysis of a Heap Overflow in Foxit Reader

It is almost one year ago I found a heap overflow in Foxit Reader. I published a PoC exploit on exploit-db. Yesterday I decided to write a little explanation about the vulnerability and how I exploited it.

The keyword part indicates which kind of data contains the text part. Foxit Reader uses a plugin to do the conversion. The code is located in ConvertToPdf_x86.dll. During the conversion Foxit Reader also parses the tEXt chunks of a PNG file to get timestamp. If a tIME chunk exists in the file, the tEXt chunks isn’t parsed. The function sub_101ab900 checks for the “Title” and the “Author” keyword. 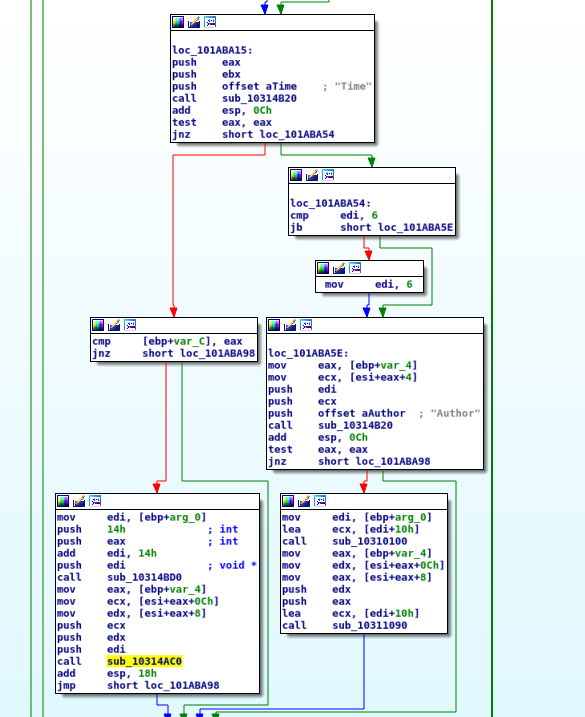 In that function is checked which keyword is used in the current chunk. To reach that several keywords are checked and for each keyword the function sub_10314b20 is called which is similar to strncmp. This function returns 0 if the strings are equal or 0 is given as number of character to compare.

If there is not a keyword set in the chunk, an empty string and 0 for number of bytes are given to the strncmp function. When the function returns 0 the caller function interprets this that the strings are equal. Due to the “Time” keyword is the first checked keyword, the relevant code for “Time” is called. 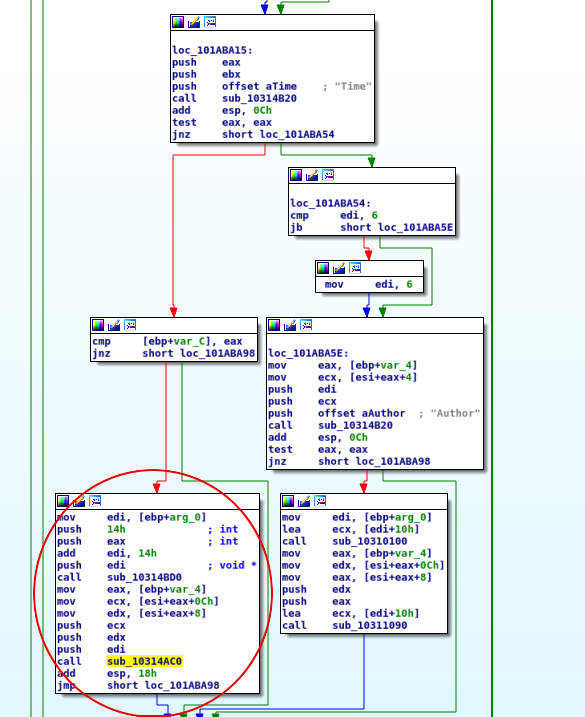 The function sub_10314ac0 is similar to strcpy and copies the keyword to a memory space in the heap. Since no keyword is in this chunk the description is used as source. If the size of the description is at least 44 bytes, it is possible to overwrite a pointer to an object. The Application crashs, because of a call of a function of an object to which the overwritten this pointer would points to.

Now it was possible for me to look for stack pivot gadgets. I had to use some JOP to get ESP to the heap. After that it I could execute a ropchain to make the heap executable to execute any shellcode. For more details about the ropchain look at the exploit. For ropchain building I could use jrsysCrypto.dll which was provided by Foxit Reader and didn’t make use of ASLR.