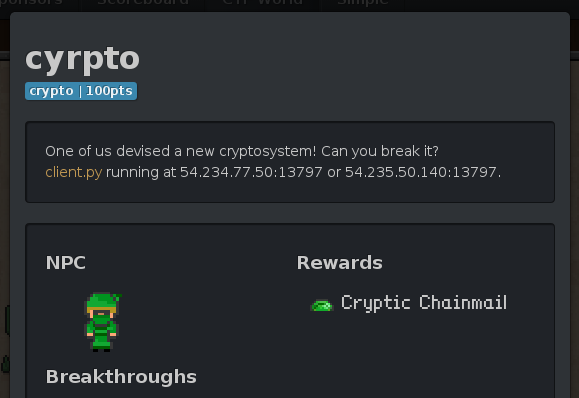 The given python code is shown below.

A glance at the encoding-algorithm shows that two things happen in the for-loop.
Firstly the momentary XOR-key (l) gets left shifted and enlengthened by an additional bit depending on the value of y.
Secondly a new value for y is computed.

So we left shift the ciphertext of the flag and calculate a new value for y. For the sake of completeness we adjust the new bit according to the new l.

Before parsing this int to a string we shift our additional bit back to where it came from.
Otherwise we would encounter a problem during the bytewise operation in inttostr():